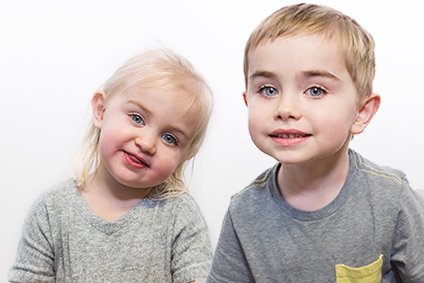 Good dental habits start early, and our goal for our youngest patients is to help develop a good relationship with the dentist for great oral health and a lifetime of beautiful smiles. Most children see the dentist around age three but it is very important to bring them in sooner if you notice any problems with their teeth.

Our first concern is that your child feels comfortable, so we are committed to explaining all the sights and sounds they will experience at our office. We use only digital x-rays which emit far less radiation than traditional x-rays and only recommend them when necessary. We will clean and check their teeth for proper development of adult teeth which may already be present and those still forming in the jaw. We also offer preventive measures to keep teeth strong and cavity-free, such as fluoride supplements and dental sealants. 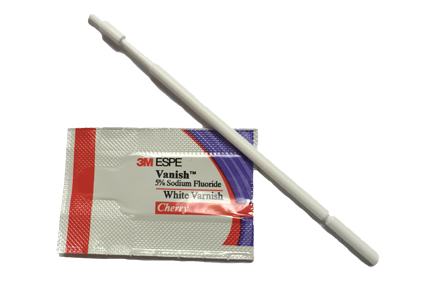 Fluoride helps prevent tooth decay by making the tooth more resistant to acid attacks from plaque bacteria and sugars in the mouth. It also reverses early decay. In children under 6 years of age, fluoride becomes incorporated into the development of permanent teeth, making it difficult for acids to demineralize the teeth. Fluoride also helps speed remineralization as well as disrupts acid production in already erupted teeth of both children and adults.

When Is Fluoride Intake Most Critical?

It is certainly important for infants and children between the ages of 6 months and 16 years to be exposed to fluoride. This is the timeframe during which the primary and permanent teeth come in. However, adults benefit from fluoride, too. New research indicates that topical fluoride — from toothpastes, mouth rinses, and fluoride treatments — are as important in fighting tooth decay as in strengthening developing teeth.

In addition, people with certain conditions may be at increased risk of tooth decay and would therefore benefit from additional fluoride treatment. They include people with:

Dry mouth conditions : Also called xerostomia, dry mouth caused by diseases such as Sjögren’s syndrome, certain medications (such as allergy medications, antihistamines, antianxiety drugs, and high blood pressure drugs), and head and neck radiation treatment makes someone more prone to tooth decay. The lack of saliva makes it harder for food particles to be washed away and acids to be neutralized.

Gum disease: Gum disease, also called gingivitis, can expose more of your tooth and tooth roots to bacteria increasing the chance of tooth decay.
History of frequent cavities: If you have one cavity every year or every other year, you might benefit from additional fluoride.

Presence of crowns and/or bridges or braces: These treatments can put teeth at risk for decay at the point where the crown meets the underlying tooth structure or around the brackets of orthodontic appliances.

We are happy to discuss if you could benefit from additional fluoride.

Gum Disease, also known as periodontal disease, is caused by plaque (biofilm) that coats your teeth. When plaque hardens, it is called tarter or calculus. Bacteria associated with this plaque causes your gums to be inflamed and tend to look red, puffy and swollen. This inflammation leads to the formation of pockets between your teeth and gums. The bacteria in these pockets produce toxins which ultimately lead to the breakdown of the tissues and bone surrounding your teeth.

The dentist or hygienist will use a periodontal probe to measure how deep these pockets are around each tooth. A healthy pocket is usually 3mm or less. Usually the worse the disease the deeper the pocket. Dental X-rays can be used to determine how much bone loss there is around each individual tooth.

The good news is that gum disease can be treated and continued bone loss can be stopped with a deep cleaning known as Scaling and Root Planing. This may or may not involve more than one visit and is different than your traditional regular cleanings. Scaling is where the dentist or hygienist removes the plaque and tarter from these deep pockets. Root Planing is where the root surfaces are freed of any calculus deposits that cause your roots to be rough so that tissue can re-attach itself ultimately leading to a decrease in pocket depth making it easier for you to keep your teeth clean and free of bacteria at home. 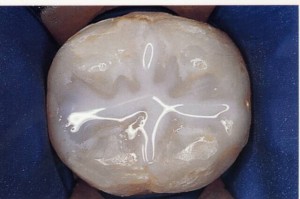 Sealants are protective coatings of plastic that are placed inside deep grooves and pits usually associated with molars. These deep grooves and pits tend to be difficult to clean because bacteria tend to settle into these tight spaces where tooth brushes are unable to reach. Sealants block the bacteria and food debris from entering these tight spaces and are very effective in preventing cavities from forming. They are especially effective in younger patients who are still learning proper oral hygiene habits.

Placement of these sealants are very easy. No numbing is needed and can be completed within minutes. The dentist or hygienist will clean out the grooves and free the tooth of any bacteria and food debris. They will then isolate the tooth with cotton rolls or a device call an Isodry to prevent saliva contamination. The sealant is placed inside the clean grooves and then cured with a light. This painless procedure is a great tool we have in preventing the formation of cavities.

Preventative dental care is very important to your dental health. From your first appointment, Dr. Pogue will perform a comprehensive exam and make recommendations that are individualized to your needs. Our goal is to build a lasting relationship with you as we plan together for your dental health.

Providing exceptional dentistry in the heart of the Garden Home community. See More